It’s all about community

Alongside the transportation projects through the Montlake neighborhood are events and fundraisers among the residents themselves. But perhaps it’s best to start at the tip of the

One could almost say that the Montlake Community Club Turkey Trot 5K and Kids Run exists today because of the tradition of community organization due to Montlake neighborhood’s rich and controversial past.

“I think that the Montlake Community Club Turkey Trot event is an explosive expression our community. It’s something we are all strive to pull off well, and it’s event many Seattle residents can be touched by.” 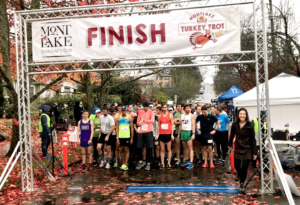